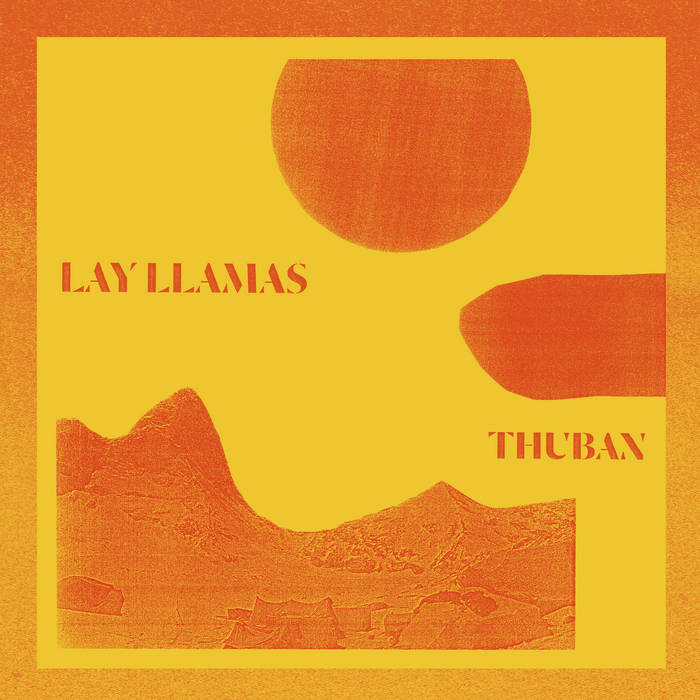 Dwelling in the night sky of the Northern hemisphere, Thuban (named after the Arabic for ‘snake’ also known as Alpha Draconis, and sometimes as the ‘dragon’s tail’) was the star closest to the North pole from the fourth to the second millennium BC. Yet in a migration that perhaps allows us to consider our own insignificance in the realm of the cosmos, its never-ending trajectory will mean that it will once again become the polar star by 20346AD. It’s a star system powered by mystical significance enough for both Matt Groening to include it in Futurama and for David Icke to consider it the homeland of the shapeshifting reptiles that he maintains secretly control Earth. For Nicola Giunta of Lay Llamas however, this mysterious point in the night sky offers pause for thought. “A polar star is something that drives the travellers towards a safe place. But in the age we’re living now it seems hard to recognise a polar star. Do we have to wait for that? How many times? Do we have to look in another direction?”

Nonetheless, the personal journey Giunta has embarked on in the four years since Lay Llamas’ Rocket Recordings debut Østro has been characterised as much by forward motion as cosmic drift. A number of smaller releases on labels such as Backwards, 4 Zero and ArteTetra followed, as the live band that notably supported Goat at London’s Roundhouse and effortlessly managed a psychic demolition job of considerable force at Liverpool International Festival of Psychedelia was replaced by a different constellation of musicians. Yet following the departure of vocalist Gioele Valenti, Thuban is very much Nicola’s brainchild, involving as many of twelve different musicians yet with him writing lyrics, singing, producing, mixing and recording at his home, whilst utilising new instruments from marimba to sax to kalimba to pilot this craft to dimensions unknown. The result has been a step beyond the kraut-damaged psychedelic mantras of Østro into a realm seemingly without boundaries, one in which a pan-global fascination with rhythmic hypnosis and an unquenchable experimental zeal manifests hermetically-aligned revelations aplenty.

It’s as much a voyage of discovery for himself as the listener, as he reveals, both stylistically and creatively. “Everything around us is transforming, always! You know, I’m not a proper songwriter, I consider myself a sound crafter. An experimental alchemist of sounds and visions. And sometimes I start with an idea and finish with something really different” True to form, Thuban maps out terrain where collaborators including members of Clinic (on the sax-assisted ritualistic darkness of ‘Cults And Rites From The Black Cliff’) and Goat (on the jubilant tropicalia serenade ‘Altair’) can contribute to the air of earthy vibrancy and fertile exploration. Moreover, Mark Stewart of The Pop Group’s spoken-word contributions to the searing ‘Fight Fire With Fire’ (styled by Nicola as ‘dystopian afrobeat’) steers the album to new pinnacles of intensity informed by science fiction yet with explicitly political force. For all the outward exploration of its sonics, and even considering the excursions through inner space that they resemble, this is an album with its feet firmly on the ground in the here and now.

“I was born and grew up in Sicily, but now I live in the north part of Italy” says Nicola. “That extremely south part of the Europe represents the main gate for a lot of people that coming from Africa, Asia and the Middle-East. A real cultural melting process is on the way. And there’s not any kind of fascist law that can stop this. Thuban talks about ancient sea travels, ancient cultures, ancient rites, but also about today’s travellers, travellers from all ages. Travellers that are still looking for their Thuban, for their polar star to reach a safe place to live with their family.”

Bandcamp Daily  your guide to the world of Bandcamp